Have you ever wondered what things were like long ago? What did people wear two hundred years ago? Did they walk everywhere a thousand years ago? Lots of questions will come to mind if you just take a moment to think about it. Although history books tells us a great deal wouldn’t you like to know that little bit more…? 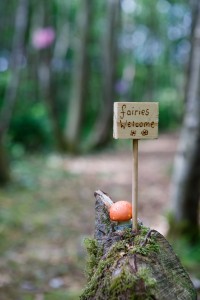 Well, fairies have existed significantly longer than humans and one such fairy, Teddy has been around for over 3,000 years! Teddy came to Lough Boora long, long before it was ever a park and has been living here ever since. Every month he invites fairies from all over Ireland and the world to Lough Boora on the night of a full moon and tells stories of things he has seen happen many years ago. Fairies are absolutely fascinated by his stories and he is widely known as somewhat of a National Treasure among the fairy community. Everyone just loves him!
Not so long ago after one of Teddy’s story-telling evenings Arthur, the Head Fairy of Events and Activities was preparing to leave when someone tapped him on his shoulder. “I wonder if I might invite you in for some nettle tea?” Teddy asked Arthur quietly. Arthur was delighted as Teddy is usually very shy. “Sure”, said Arthur and flew along behind Teddy down a quaint little tree-lined path and up into his fairy door. Arthur looked around amazed as Teddy began to brew some tea. There were newspapers everywhere and his walls were lined with drawings of famous landmarks from all around the world. Arthur sat down and started to sip the tea Teddy had just given him.

“You have seen so many amazing things Teddy”, Arthur said. “Yes I have and I have lots of stories about each place”, Teddy laughed. “Did you know Arthur that Queen Kate asked me many years ago to come and teach in Fairy School? At the time I didn’t want to leave the Avenue and I still want to remain here but I was thinking that maybe I could teach from here?”. “You mean teach fairies from your home?” Arthur asked. “Yes, I know lots of things like fishing and stone work, nature and wildlife” said Teddy. “Oh I know you do…” said Arthur thoughtfully sipping his delicious tea. “Teddy I have an idea but I must speak to the Council about it before I tell you, would you mind leaving it with me for a bit?” he asked and Teddy nodded happily. Very soon, Arthur was on his way back to Fairy Valley.

The next evening at the Council meeting Arthur had an opportunity to put his idea forward. “Teddy from Lough Boora would like to teach new fairies. He has as we all know a huge amount of skills and knowledge and is willing to pass it on, however he doesn’t want to leave the Avenue. So I was thinking, what about using Teddy and Lough Boora as a training site? We could send the fairies with particular talents to him, he could train them so that they become highly skilled”. Arthur paused and looked around at all of the Council members who were to his relief, smiling and nodding. It was agreed soon after that Teddy would be sent one fairy a month to train and educate.

The plan has been so successful that over the last number of years Teddy has made a real impact on some of the students he has trained, so much so that only recently 13 of his former students made a formal request to move into the Avenue with Teddy and help pass on the skills he had given them. When asked how he felt about that, Teddy was delighted and said, “It’s about time I had some neighbours!”. 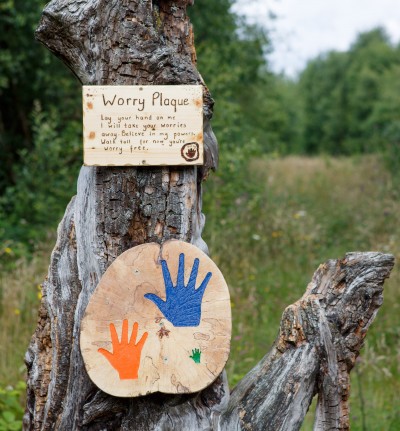 So now you know, Fairy Avenue in Lough Boora houses one of the most skilled set of Woodland Fairies in existence. They are doing so well that many of them have taken over the teaching of lots of specific skills and training with Teddy overseeing the operation!

There are fourteen fairies in total here in Lough Boora. On the Avenue we have Birdie, Boo, Turry, Cabhair, Slĺ, Mac, Ruby, Gill, Rocky, Tipper, Dannan and Wanda. Make sure to visit them all and find out what their special talents are! Let’s not forget little Tom. He is such a helpful and kind little fairy. Just recently he was asked to bring a word to the Fairy Council but the naughty squirrels took the letters from outside his door and have scattered them all around the Discovery Park. Can you try and find them? There are 5 letters missing and they make a very special word. The only problem is that Tom can’t remember what it is! If you can unscramble the word you can enter our monthly draw for a prize!!

Don’t forget to take a moment to visit the wishing seat and worry plaque, for these are two very magical places. And remember everyone the only way to truly connect with fairies is to believe in them. Have fun exploring and learning and don’t forget to come back.

All that is left to ask is ‘Do you Believe?’

There is space and wildness, the breeze that's always there, the sky, a dome protecting! Joan via Facebook