The Irish Hare is one of the most common mammals seen in Lough Boora Discovery Park. Listed in the Red Data book as being an Internationally Important species of conservation concern, it can be seen in large numbers in the park’s scrub and grassland areas.

Explore the park’s array of local inhabitants, from the speedy Rabbit and nocturnal Badger to the smaller Field Mice and tiny Pigmy Shrews that keep to themselves, well hidden from the overhead Raptors. 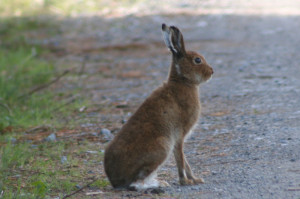 The Irish Hare is a sub-species of Mountain Hare that is distributed through Europe. It enjoys grazing on the young trees and other vegetation around Lough Boora and lives in a ‘form’ or a small depression in the vegetation. The cold Winters of 2009 and 2010 saw many Hares turning almost completely white to blend in with the snow-covered landscape. 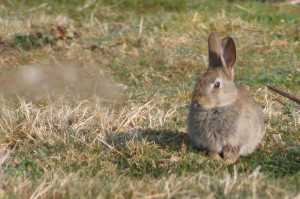 Rabbits can frequently be seen along tracks on the old railway embankments, which they use for their burrows. They graze the short grasses and other plants and don’t venture far from their burrows. Rabbits are actually non-native and were brought to Ireland by the Normans for food.

The Red Squirrel is Ireland’s native squirrel species. It is found within the conifer woodlands planted in Lough Boora and mostly feeds on seeds from cones. While under pressure from competition with the American Grey Squirrel in parts of Ireland, it is actually making a come-back in Laois and Offaly. Keep an eye out when strolling or cycling through the conifer plantations as a squirrel may cross the path! 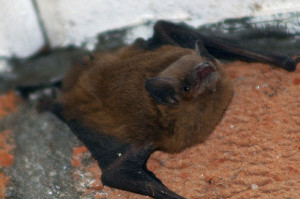 Several Bat species can be found in the Discovery Park. Pipistrelle Bats tend to be the most common and will be seen foraging for midges and other insects along trees and scrub at dusk in good weather. Daubenton’s Bats can occasionally be seen foraging around the lakes and wetlands. There is actually a large bat roost in the Bord na Móna offices at Leabeg! 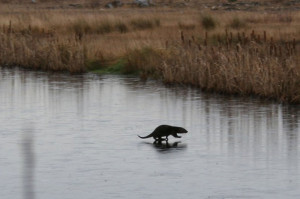 The Otter is a predator and feeds on fish, frogs and invertebrates. It is adapted for living in aquatic habitats. While difficult to see, signs of the Otters presence in the form of a spraint or Otter faeces can sometimes be seen at prominent places such as a rock or tree stump on a river bank. Check out the Wigwag Sculpture in the Discovery Park for spraints, where one of the local Otters likes to visit! 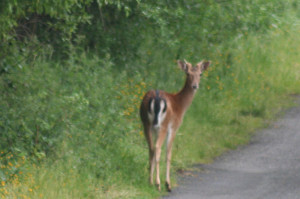 The Fallow Deer is an elusive woodland species and likes to feed on a range of vegetation including grasses, shrubs and trees. While difficult to spot, hoof prints can frequently be seen in the peat and soil and occasionally you will hear the crashing of a large animal running through the scrub if you happen to surprise an un-suspecting deer along the paths. 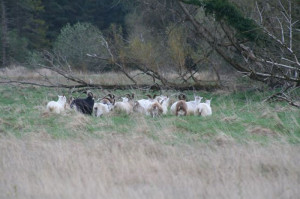 Small herds of Feral Goats can sometimes be spotted within the Discovery Park. These are descended from farm animals that originally escaped or were brought to the park and have now adapted easily to living in the park as they are such hardy animals that eat a wide range of different vegetation. Look out for the long horns, sweeping back over the head of the billies and the nannies.

Spot the mammals – blink and you may miss them!